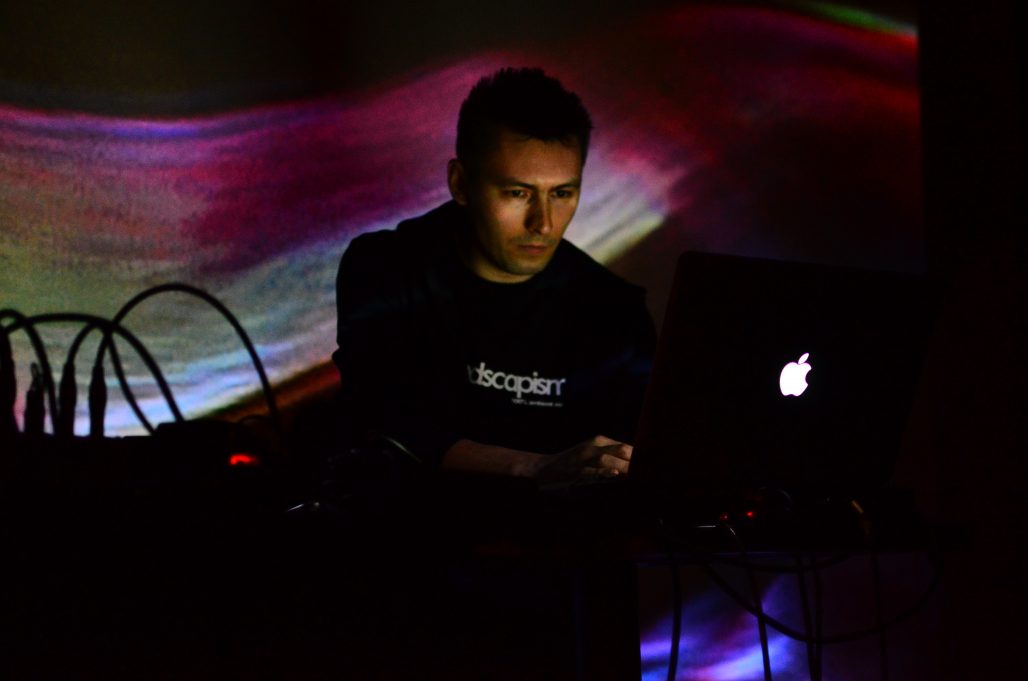 Kamil Kowalczyk is an accomplished electronic musician/ audio artist who has been experimenting with electronic music and sounds since 2002. Originally from Poland, Kamil is currently based in Edinburgh, Scotland, from where he produces his cutting edge music and performs live to spellbound audiences across Scotland and beyond. Around 2002 he started working with computers and software to compose his music and experiment with sounds. Since 2006 he has released nine albums in mp3 format on the renowned US net label ‘Zenapolae’. In 2010 Kamil made his live debut, playing atmospheric and boundary- breaking gigs to audiences at various venues in Scotland, Ireland, England and Poland. In the same year he also established his very first label, ‘Prototyp Produktions Ltd’, as a platform to release and promote his music and other audio visual works which will appear in the future. He is also running a concert series in Edinburgh called “Soundscapism”, a series of performances which are focused on ambient, drone, soundscape and space electronic music.