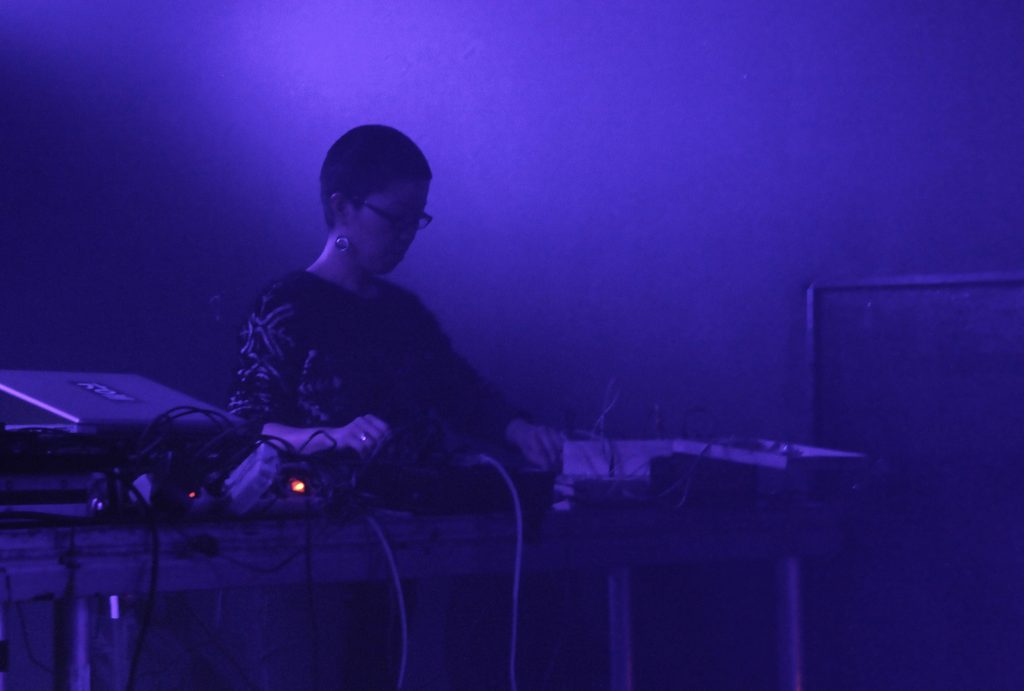 Ji Youn Kang, born in Seoul, South Korea in 1977, studied Music Composition at the Chu-Gye University of the Arts from 1998 to 2002. She moved to the Netherlands, and in 2008 achieved her master’s degree in Sonology 2nd phase in the Royal Conservatoire in The Hague, and  expanded her knowledge in Electronic music and Music composition. From 2009 to 2011, she continued studying Composition at Conservatorium van Amsterdam, where she achieved her second Master’s degree and explored more on composing instruments and electronics.

Most of her music pieces have been composed based on the rites of Korean Shamanism, and many of them were written for Wave Field Synthesis System (192 loudspeakers) playback, exploring the relationship between musical and physical spaces. At the same time she has been composing live electronic pieces for both traditional and non-traditional instruments, ranging from a solo instrument to a large orchestra, exploring mostly the primitive, empowering rhythmical elements and the noisy sound sources that the Korean ritual music involves.

She is also active as a solo performer mainly seeking for the ways to combine three different sound areas on stage; acoustic instruments, analog and digital sound with handmade analog synthesizers with live processing on laptop.

Her pieces have been played in many different places and festivals including La Biennale di Venezia in Italy, the Gaudeamus Muziekweek, Sonic Acts, STRP, TodaysArt, ModernBody, International Film Festival Rotterdam in the Netherlands, Internationales Musikinstitut Darmstadt in Germany, Sonar in Spain, Festival Archipel in Switzerland, sonADA in United Kingdom, SICMF in South Korea, Time of Music in Finland and Royaumont, Synthesis in France

Currently she is working as a freelence composer, and is also one of the staff members in Institute of Sonology, giving a course on ‘Spatial music composition for WFS system.’ She is also one of the board members of Game of Life Foundation(WFS System) and Conlon Foundation(midified musical instruments).

“Instruments, their bodies, and their pure voices are to be re-discovered. The performer, her body, and her musical language are to be strongly connected to them, and to be heard. The connection itself becomes the musical gesture, conversation, argument, and settlement. The whole musical and physical space are occupied by them, their stubborn voices, and their struggles. Every element becomes part of the whole resonating body, singing, and breathing all together.”

The pieces are composed based on the attempt to discover the instruments’ hidden potentialities and to give a different identity throughout the performance. Those pieces commonly involve three sound generating sources: an acoustic instrument, analog signal and digital signal processing. Those different materials are united, work as a robust voice. The performer is part of sound generation, not only by controlling them but by being part of the signal flow.