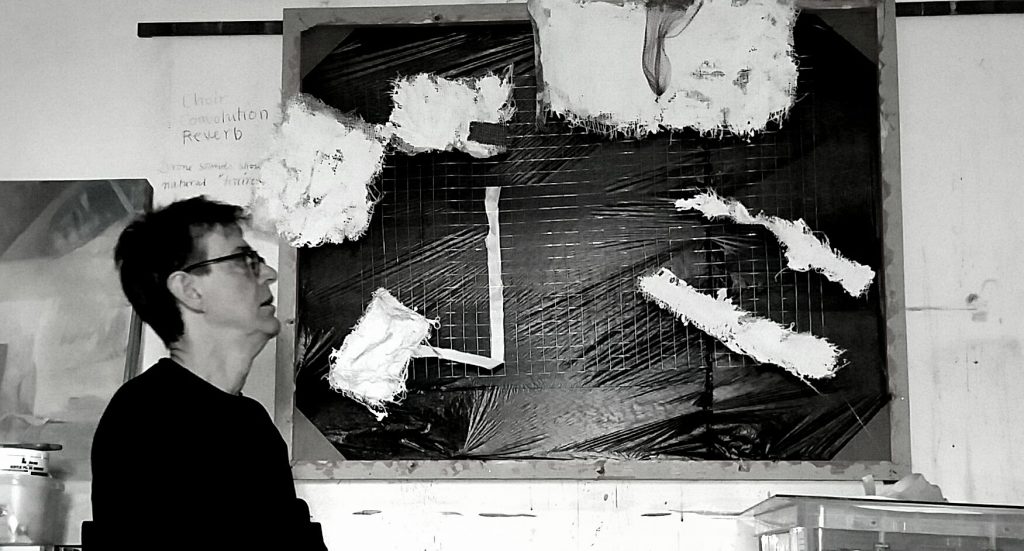 John Montgomery is a sonic/visual artist based in Aberdeenshire who,
in 2016, graduated with distinction in MMus Sonic Arts from the
University of Aberdeen. He is a synth/guitarist with a long-term involvement in composing and
performing contemporary liturgical music. More recently this has led to a focus upon
composing and programming sonic works which draw upon elements from
that working environment: Performance with real-time audio processing
allowing for immediate responsiveness and reinterpretation of a score
based on the prevailing performance context – not quite improvisation,
but close; and, more broadly, a search to build contemporary sonic
performances capable of conveying narrative, and spiritual emotions. Recently, he received a distinction in the international Prix Presque Rien, 2017, for his fixed piece ‘vol’, which was subsequently
performed at the awards concert at La Muse en Circuit, Paris. John
continues to enter competitions aiming to expand his opportunities for
more public performance.