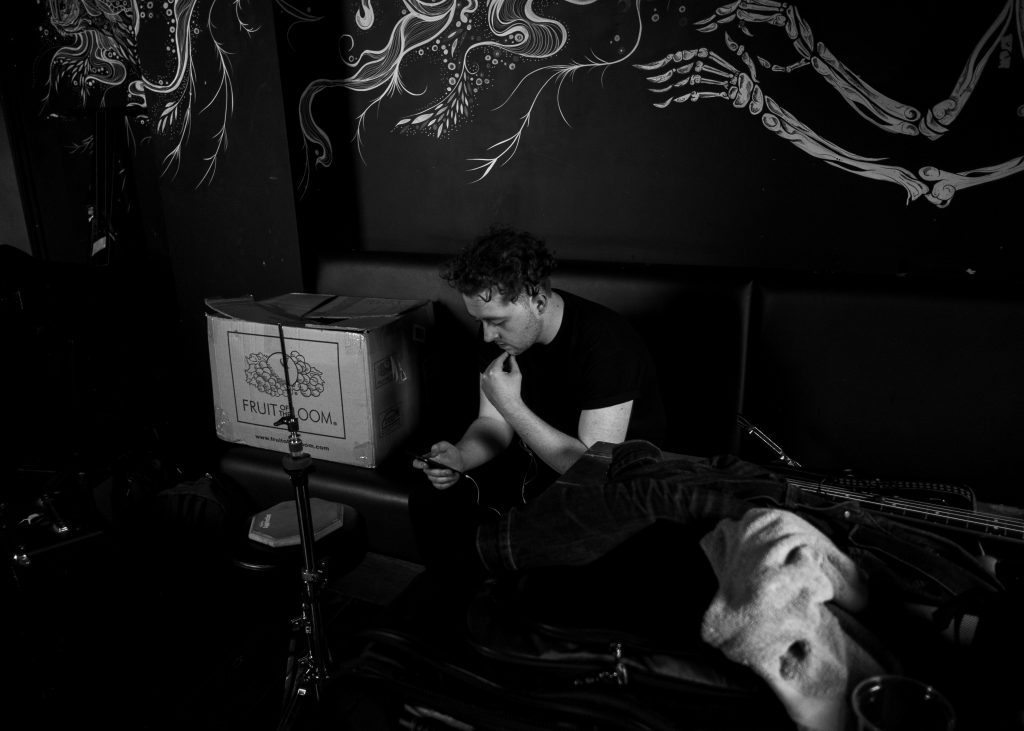 Prentice Robertson is a fourth year Bachelors of Music student at Aberdeen University. He primarily studies composition and also performs in the band Vistas. His love for electroacoustic music started in third year and Gobon is his second composition in this genre. This is his first premiered piece and he is very excited about it (he’s also the one writing this bio so hello thank you for coming).

In the composition of this piece I wanted to display two of my loves in music, percussion and randomness, and provide a link between them. All of the sounds in the piece have a percussion source and the way they are played employs randomness. The first main sound in the piece is two bongo drums which are played using a spinner. The second is the sound of rice being dropped, flicked and scraped upon the bongo skins. The third and final source is the sound of glasses being tapped with fingers. In each of these cases the way in which the sources are attacked can be slightly controlled however there is no way to exactly control the outcome of the resulting sounds. Thus, I combined a performative element with randomness when recording the sounds for this piece. Often, I would try something until I found a sound I liked but the sound I would end up using would be the one that did what I least expected.
GOBON is intended to display an exploration of each sound source to almost grotesque and pantomime saturation, at which point it moves to the exploration of the next source. Quick sweeping of pitches becomes motivic in the piece and I found it to be one of the keys ways of opening up the sonic possibilities of a sound. The end of the piece ties all the sounds together showing their similarities.
For me, GOBON’s meaning is the acceptance of things we cannot control and exist regardless of how hard we try to make them something else. Then finding the beauty in these things and moving on. If you wish to search for another meaning in the piece, that’s okay, I can’t control that anyway.
The piece was inspired by works such as Jonty Harrison’s Klang and Trevor Wishart’s Tounges of Fire, two pieces that exemplify exploration of individual sound sources. Hopefully I was able to emulate them in some way in my piece.