Hello, Naoko here! Since this is I believe the first proper post for the Members’ blog on Torry, I will try to contribute something introductory that would help all of us – including those who live outside of Aberdeen – to get to know a little bit more about the area of Torry, based on my own perspective and experience.

What kind of place is Torry?

Torry is an area in the city of Aberdeen in Scotland, UK. It is a part of Aberdeen now but was once a separate Royal Burgh in its own right until it was incorporated into Aberdeen in 1891. Torry is connected with Aberdeen through three bridges – Victoria Bridge (1887), Queen Elizabeth Bridge (1983) and the narrow Wellington Suspension Bridge (1831, refurbished in 1930). These facts therefore still let Torry hold its distinctive characteristic with a feeling of detachment from the city centre of Aberdeen.

The main reason for my first visit to Torry was, oddly enough, to find any empty space which could be used as a new creative space for visual art activity. After I crossed the Victoria Bridge, I turned left at the immediate corner and found myself surrounded by some strong smell of fish. I saw many heavily industrial tough structures through the fence at the bottom of the street, so I turned around, went back to the first junction and tried the other way. I found myself with the fish smell again.

On my second visit, I tried to walk up the Victoria Road further. I passed the Torry Library, turned left at the corner which takes us to the Old Torry Community Centre and ended up on the Greyhope Road right next to the sea. The view towards the Aberdeen Harbour was utterly beautiful. I stopped for a while there just to see the view and take some pictures. I then walked along the coastline by passing Torry Battery – formerly used in World War II, now a scheduled ancient monument – a golf course and a lighthouse. I very much enjoyed the beautiful, wild and very ‘Scottish looking’ coastline which was rather peaceful, idyllic and untouched. It was a totally unexpected discovery for me as I only remembered this area with a strong fish smell and tough looking industrial units, but at the same time, I realised and understood immediately – That was Torry and so is this. 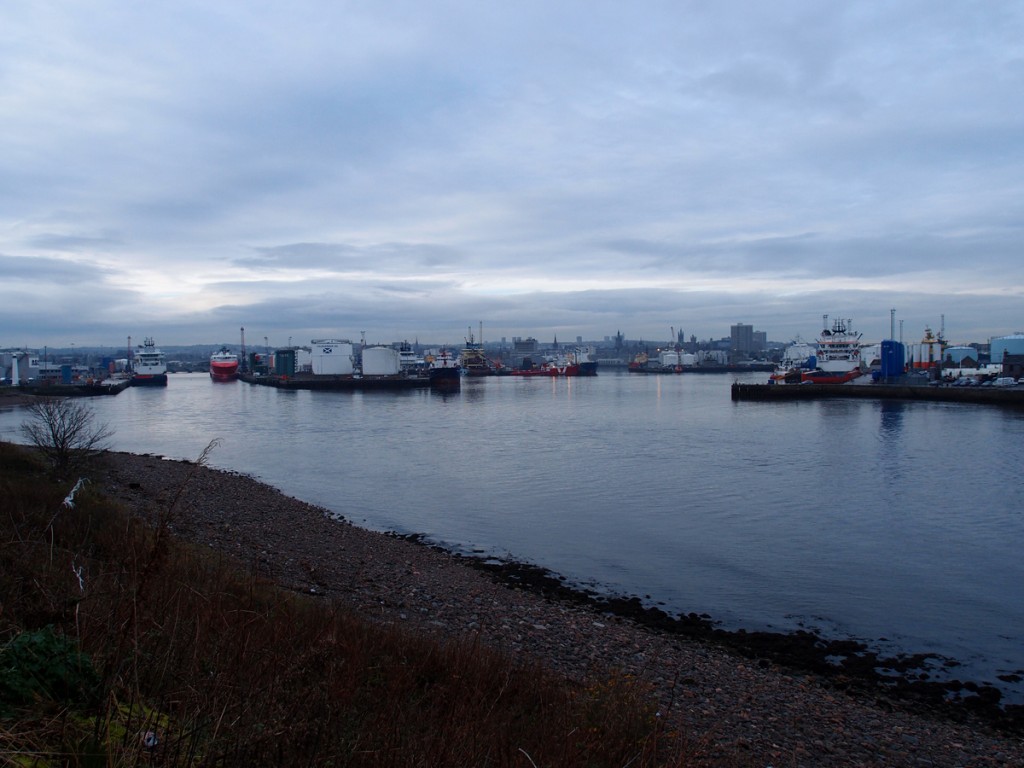 Like any other cities, Torry has also been changed and developed since its formation in 1495 and it might be the case that a further development will occur. Since 2013, the Aberdeen City Council has been preparing a new Local Development Plan based on the ‘Main Issues’ collected from citizens. The proposed plan is now published and this includes the major expansion plan of Aberdeen Harbour at Nigg Bay in Torry. We all have our own opinions towards these plans and what the important thing I think is that we exchange our opinions and discuss the issues together prior to the actual development taking place.

The City Council is now open for representations on the proposed plan. The public consultation runs for a period of 10 weeks until Monday 1st June 2015. After this, there is no chance for any of us to submit any materials. So, why don’t we speak up? You can find a Response Form and a relevant Advice Note at this page (Consultation section).

In addition, there is Torry Community Council and they have regular open meetings in Torry. This is a good place to catch up with what is going on in Torry and share opinions with the neighbours. The next meeting will be held at Torry Academy at 7pm on 21st May 2015. Open to everyone!

Torry – past and present

Powered by WordPress  |  Compass by InkThemes.